By ApcAdmin
Posted 5 February 2007
In Interviews
0

True to his origins, the renowned winemaker Anselmo Mendes is dedicated to producing exquisite variations of Alvarinho, an exceptional variety and typical of the region he was born in. He believes there is a whole ritual behind the opening of a quality wine with a natural cork stopper, and is unthinkable to be reproduced with any other stopper. 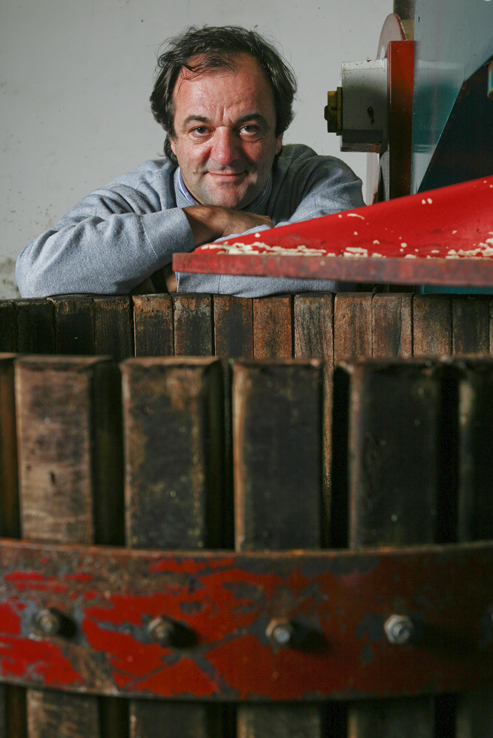 It is impossible not to notice the bottle. Taller and slender than others, of a fumé green enabling the label and the silver painted capsule stand out for its stylish and original design. Even the cork combines in perfection with the elegance of the set; the very light, almost white cork and its soft touch, brings the signature of the creator of the wine it helps to preserve; Anselmo Mendes. The wine is Muros de Melgaço 2005, a splendid and refined Alvarinho which experts define as a “dry white, with an unmistakable tang of wood, the last harvest of a brand which was launched in 1998 and whose success has been increasing since.

“First, people noticed the bottle and only then did they decide to try the wine. It seems as though they liked it..!”, he says, smilingly. Known for his intense dedication to the variety typical to the region he was born to, Monção, in the Northwest of Portugal and only a few kilometers from the Spanish Galicia, 44 year old Anselmo Mendes enthusiastically explains: “Both Alvarinho and Loureiro which can be found further south, in Ponte de Lima, are two varieties which are unique, exceptional and completely different from the rest. Anselmo Mendes has an doesn’t hide his passion for viticulture. And his wines are the best proof of it.

The first three thousand bottles of his Muros de Melgaço Alvarinho 1998 disappeared at a glance and the current production of 15 thousand units designed to the high and medium-high segment is entirely absorbed by the internal market. In 2001, he launched his second brand, Muros Antigos Alvarinho; thirty thousand bottles he exports mainly to Belgium, where it is very searched for in the restaurants of the country’s capital city. “It seem to be very good with moules, that typical dish made from mussels.” A few years later, in 2005, is the Loureiro’s turn, an extremely fragrant variety which grows abundantly in the Vale do Lima (Minho), through the launch of the first harvest of Muros Antigos Loureiro, as well as another of his “inventions”, the Passionada, a sweetness natural of the Loureiro which results from the stopping of cold fermentation. “It is not late harvest because in this region it is impossible to produce, as it rains a lot in Autumn. But it has the natural sweetness of the grape. Women love it.”

In fact, everything in his wines refers to the region where he was born and raised in, and which he defends forcefully: not only the characteristic and original varieties, a “very rich heritage” which needs to be explored and communicated, but also the “walls” which cut through the myriad of plots of land that mark the fields in small lands and give the name to his creations. Anselmo Mendes explains that in 1642, over one hundred years before the institution of the Douro Demarcated Region (1756), there was already references of wine being made in both Monção and in the Vale do Lima, and, only in 1927, did they come to integrate what is today considered the Vinho Verde Demarcated Region. “These references also indicated the existence of a factory based in Viana do Castelo, proving the existence of prestigious wines in the area”, he insists.

But with the demographic explosion that took place in the northwest during the XVIII and XIX Centuries, and with the arrival of new crops like corn and potato, the vine is pushed to the edge of the fields and production decreases. In this way, the wine which brought so much fame to the region, the so called ‘vinho verde’ (red or white) with gas (or ‘agulha’), of low alcohol level and very popular, only gains strength during the XX Century, particularly from the decade of the 50’s and 60’s. Slightly earlier, however, in the mid-30’s, a white wine from Monção but totally different to the wines usually made in the region, was causing impact in the finest restaurants of Lisbon, seduced by the frenzy of the belle époque. Without gas, with high alcohol content (between 13 and 13 degrees), dry and of a strong citrus colour, it was called Galeguinho and was the result of experiences made by a winemaker from the region who, after collecting grapes of different plots and applying his knowledge on vinification techniques, produced small quantities of this original white wine which immediately became a success. “The name Alvarinho appears later, after the classification of the varieties and thanks to the notable work of Armando Galhano, for years the oenologist of the Palácio da Brejoeira, and who had a true passion for this variety. It was thanks to his efforts that, in the middle of the last century, both the production and the fame of Alvarinho increased incredibly, and no-one even spoke of varieties then”, he explains, with the conviction of who has already studied and researched the subject and who, inclusively, published scientific works on the matter.

Son and grandson of farmers and wine producers, Anselmo Mendes wanted to continue with the family tradition and opted for a degree in Agro-Industrial Engeneering (Instituto Superior Técnico), followed by a post-graduate degree in Oenology (Universidade Católica), as well as a series of training courses in the University of Bordeaux. During ten years he earned his spurs and experience in the Sociedade de Vinhos Borges where, he tells, he did “everything”. “Porto wine, brandy, sparkling wine, table wine from the Dão and the Douro, in short, Borges was, for me, a Great school.”

Meanwhile, he becomes a consulter for Provam – Producers of Alvarinho from Monção, as well as of several others brands, signing wines of Great prestige as is the case of the Douro wines such as Quinta da Gaivosa or Calheiros Cruz Grande Escolha, among many others. But he continues true to his birth region where he gets his grapes from for his monocasts, although he refuses any type of association to the typical low-cost vinho verde and a lot of gas. “Unfortunately, the region is mistaken with the type of wine which is made there. I have nothing against gas, but I think that in an Alvarinho of superior quality, gas is quite unnecessary.” A while ago, he presented his last declination of the Alvarinho variety, three thousand bottles of wine made “the old way”, and which he chose to call, simply, Anselmo Mendes. “I had a memory of those perfumes of my childhood that I never found in the wines I make. So, I decided to make a white with the so-called “curtimenta”; as was done formerly, when the fermentation started with the grape skin, as is done with the reds, to get a stronger colour and to accentuate the tannins.” 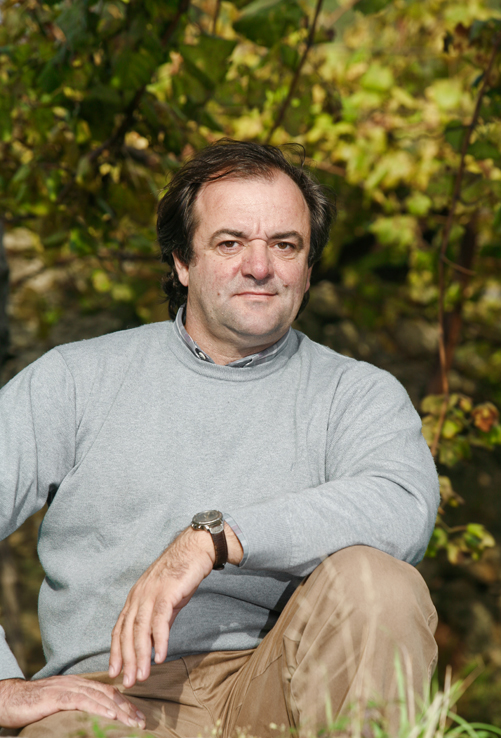 Safe candidate to an international high-end of the variety, this Alvarinho reveals a Great capacity of evolution in bottle: tem years, the oenologist guarantees, as long as sealed with a natural cork. “In fact, there was a German man I sent some bottles of Alvarinho and that forced me to use a synthetic stopper. I agreed, but also sent him a note saying that I would not be responsible for premature oxidation.” Strong supporter of natural and ecological stoppers, Anselmo Mendes says he only uses stoppers of the purest cork in all his wines. “For me, being resolved those problems related to TCA and derivates (Tricloroanisol, a chemical compound that can contaminate cork and originate the so-called “musty smell”), there is no other product that has the elasticity, the elastic memory and the unique attributes that cork has. On the other hand, there is a whole ritual around the opening of a bottle which is unthinkable to be reproduced with a screwcap or a synthetic stopper”. 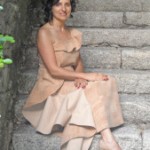