By ApcAdmin
Posted 6 February 2007
In Interviews
0

A success story from the Douro valley

The Niepoort brand is ranked amongst the great names in the world of wine. Considering that it is a small company, this fact assumes particular relevance. When its Vintage 1997 was rated “best Port Wine” in the Top 100 of the magazine Wine Spectator in 2000, Niepoort finally gained international recognition.

Since 1835, the Dutch family van der Niepoort has been dedicated to Port Wine. Initially, they were businessmen and exporters; they bought grapes and wine from the Douro farmers, and sold them under their own brand name. Five generations later, a young man at just 20 years of age joined this family business and completely revolutionized a structure that had been, until then, traditional and archaic. 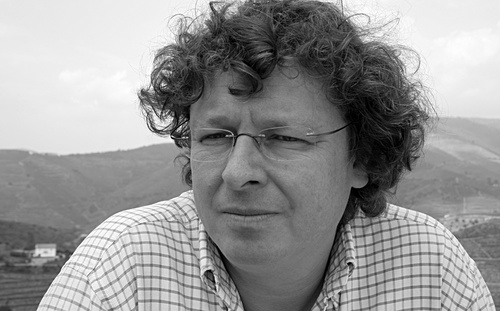 The first step in this process was the purchase of two vineyards at Cima Corgo, a region that traditionally produced the best Port Wines. With the acquisition of Quinta de Nápoles and Quinta do Carril the operation of Niepoort changed fundamentally. At this stage, Niepoort did not only produce Port Wines, but also table wines.

In relation to the old Tawnies, Niepoort is the only company to use one piece cork stoppers instead of capsulated corks. Dirk van der Niepoort explains the reason for this: “We believe that our Tawnies age during their time in the bottle. Therefore, we have to ensure appropriate conditions for the wine to age correctly, and in this process, the cork stopper has enormous importance. It’s usual to say that Tawnies and Colheitas are best in the first two years after bottling; but I personally believe that they improve after some time in the bottle. It is clear that prolonged storage in the barrel (if we talk of a great wine) is always preferable. However, I love Port with aromas of the bottle. For example, one of my preferred wines is our Colheita 1935, bottled in 1972. Simply perfect!”

Dirk van der Niepoort considers that in the case of Port Wine, the problems of ‘off wine’ are rare. “I have some interesting anecdotes with regards to this. In the early 1990s, I served a young Swiss wine which had potential to be a seriously good wine. However, it was not ‘good’ and had a strange smell. Several people insisted that the wine was ‘corked’ … after allowing the discussion to abate, I told them the facts: the bottle actually had a screwcap!

“I also remember the case of a friend of mine – a wine producer – who stored his wine in wood. Several barrels – even before the wine had been bottled – produced a musty smell.” These observations caused us to conclude that some people blame the cork stopper for various problems related to wine – when, in fact, the origin of the defects often has nothing to do with the cork, but with other factors.”

Niepoort is the only company to produce the so-called Garrafeira Ports. Dirk van der Niepoort describes this sui generis category of Port Wine: “I would say that the Garrafeiras are the most elegant types of Port. They spend between three and six years in wood and are then bottled in dimijons – glass bottles from the 19th century. This aging appears to bestow them with enormous elegance. When a Garrafeira is good, … it’s fantastic!”

Dirk relates that about five years ago he carried out extensive visits to various cork producers and reached the conclusion that his company was well supplied: “We use corks untreated with chlorides or peroxides and these corks have served us well. Nevertheless, there are many details that should be improved.” 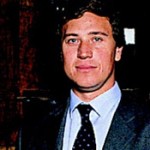