By ApcAdmin
Posted 1 September 2015
In Interviews
0

Cork is one of our most important riches — José Luis Peixoto, novelist

Coming from Galveias what is your connection with cork? Is there any family business related to this raw material?
I don’t have any family connections with cork.

What are some of the “marks” that cork and cork oaks have left on your childhood/teenage years? Is there any experience or story that you would like to tell us about?
I have numerous memories from my childhood and teenage years related to cork and cork oaks. I used to spend a lot of time playing in the countryside, and during these adventures, the cork oaks were an invitation to climb up them.  At the same time, I had a lot of contact with the people who worked in the cork industry, who would leave the house early and come back at the end of the afternoon, sitting on the tractor trailers. In the summer months, shortly after arriving from work, these people filled the grocery stores. Later, at the end of the afternoon, after taking a bath, the men would sit in the doorways. They didn’t stay late, because they had to be up early the next morning. My godfather always had acorns in his pockets. He would give me some. We would gnaw on them raw, or bake them on the stove.

Have you ever made reference to forests, cork oak, or cork in your books? Which ones?
Yes, I’ve used this reference in several of my books. In particular, the book of short stories “Cal” (Cal) or the novels “Nenhum Olhar” (Blank Gaze/The Implacable Order of Things) and “Livro” (Book). These are books in which the plot is set in the Alentejo, and so I could not leave out the images that I know best, including the harvesting of cork, the men while perched atop the cork oaks, or the huge piles of cork planks.

What was the experience of sponsoring a cork oak tree like?
From the start, I have always been very receptive to invitations that challenge me and make me shift my expectations. The fact that these invitations were linked to something as close to my heart as the cork oak made them even more enticing. It was a moment that brought a transcendent promise of the future. It’s impressive to think of the lasting consequences of that simple gesture, and of everything that that cork oak will live to see, in the future.

What is your opinion on the initiative of the Assembly of the Republic of Portugal to make the Cork Oak the national symbol?
Symbols are very important. Communication uses them as essential material, and it is communication, in turn, that builds us and leads us to make decisions, and to act. The cork oak is a powerful image of resistance and strength. These are essential characteristics of the country that I believe in.

As a Portuguese from the Alentejo, what is your view of cork?
I have no doubt that it is one of the most important riches. In the international context, we are not a country of great geographical proportions, but even so, we have the good fortune to be producers of our own material, and of course, a material with extraordinary characteristics, as is the case of the cork.

What message would you like to give to the Portuguese on this subject?
I believe it is very important that we take the time to celebrate what deserves to be celebrated. This time is never wasted, because thinking back on what we have is to contribute to a deeper awareness of who we are. At the same time, this is a positive, optimistic, creative sense of hope – one of the feelings that we most need at this time in our collective life.

Born on 4th September 1974 in Galveias, Ponte de Sor. He earned a degree in Languages and Modern Literatures (English and German) from the Universidade Nova de Lisboa. His fictional and poetic works have appeared in dozens of anthologies, translated into a vast number of languages and studied at various national and foreign universities. In 2001 he received the José Saramago Literary Prize for his novel Nenhum Olhar (Blank Gaze/The Impeccable Order of Things), which was included in the list of the Financial Times list of the best books published in England in 2007. He was also featured on the program Discover Great New Writers run by North American bookshop chain Barnes & Noble. His novel Cemitério de Pianos (The Piano Cemetery) received the Cálamo Otra Mirada prize for the best foreign novel published in Spain in 2007. In 2008, he received the Daniel Faria Poetry Prize, with the book Gaveta de Papéis (Drawer of Papers). His novels have been published in Finland, Holland, Brazil, and the United States, among other countries, and have been translated into twenty languages. 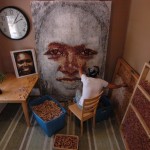 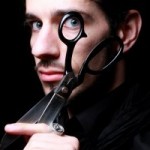