According to a recent survey conducted on behalf of 100% Cork and APCOR (The Portuguese Cork Association), 91 percent of the world’s top wines selected by Wine Spectator in 2021 are sealed with cork closures. The survey also revealed that of the 33 domestic wines selected, 31 were sealed with cork (94 percent), while 60 of the 67 imported wines that made the Wine Spectator list were also sealed with cork closures (89.5 percent).
100% Cork has conducted surveys of the Wine Spectator’s Top 100 every year since 2016, with cork closure usage historically ranging from between 84% to 90% of the wines selected for the list. 2021 represents the highest number recorded since tracking began.
“Given the incredible natural properties of cork, it makes sense that the majority of the best wines from around the world are sealed with cork,” says Carlos de Jesus, operational director of the InterCork program of APCOR. “It’s lightness, elasticity, carbon sequestration, and ability to provide consistent oxygen transfer to help with wine’s evolution, are just a few of cork’s characteristics.”
Cork closures continue to be the market leader for the wine market in the U.S., highlighted by significant growth in both sales and market share over the past decade. Between 2010 and 2020, case sales of cork finished wines among the top 100 premium brands increased 97 percent compared to 6 percent for alternative closures, according to Nielsen. During the last ten years, market share of premium cork finished wines jumped from 47 percent to 67.6 percent.
Natural cork closures have a negative carbon balance when used to seal wines bottled in glass containers, according to recent studies conducted by three of the world’s largest auditing
companies. A single stopper has a balance of up to – 309 grams of CO2; numbers for sparkling wine stoppers go even higher at up to – 589 grams.
As a renewable and natural product, cork is harvested without damaging or cutting down the trees, which live for 200 years or longer. During its lifetime a cork oak tree can absorb 20 tons of CO2 from the atmosphere while producing up to 65,000 corks. Through sustainable harvesting, the cork industry is helping to fight climate change by preserving Europe’s largest oak forests from deforestation, while also providing high-paying jobs for agricultural farmers.
Since 1988, Wine Spectator has released its annual Top 100 list, selecting the best wines from the thousands reviewed during the year. According to the magazine, the criteria used to create this highly-regarded, annual list focus on quality, value, availability and excitement.
The information collected in this survey was conducted through individual phone calls and emails to the wineries, importers and distributors listed in Wine Spectator’s Top 100 List of 2021. 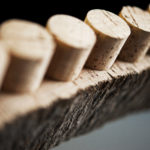 Wines with cork closures double the value of screwcapsNews 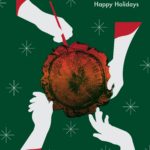