Posted 18 July 2008
In Press Kit
0
External commerce data from the Portuguese National Institute of Statistics (INE) indicates an 853.8 million euros (159.4 thousand tonnes) figure for Portuguese cork exports in 2007, thus registering an increase of 0.6 percent, in export value, compared to 2006. This increase denotes a recovery of Portuguese cork exports which had been affected, in 2005, by the depreciation of the dollar in relation to the euro (Chart 1).

Source: INE * Provisional Data
The value generated by Portuguese cork exports is considerable, standing at approximately 0.7% of the GDP (market prices), 2.3% of the Portuguese exports’ total value and about 30% of the Portuguese forestry product exports.
Concerning the representability per country of the combined cork exports, it is noteworthy that cork represents more than 50% of the value exported to Chile. For both Australia and Argentina this value surpasses 30 percent (Chart 2). 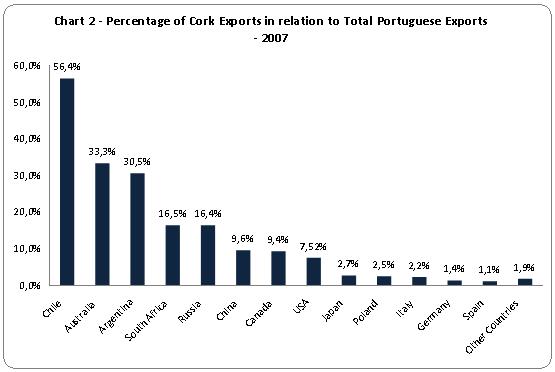 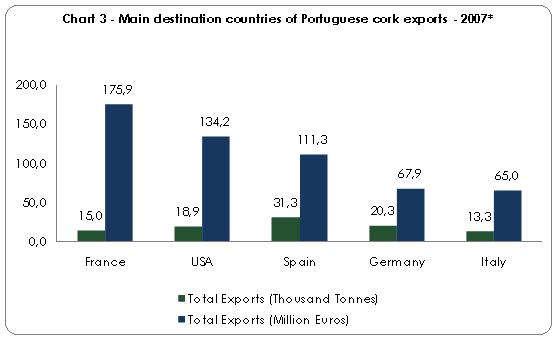 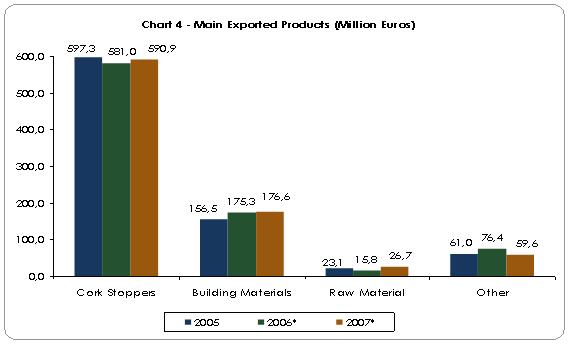 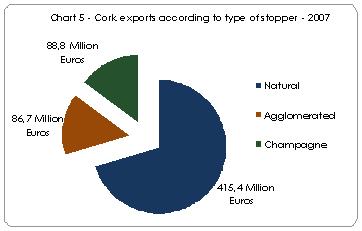 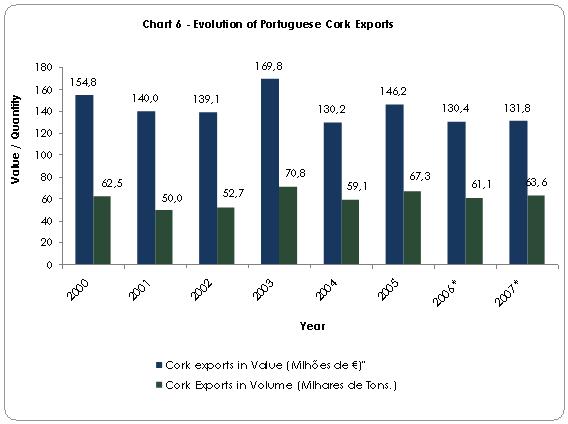 Source: INE * Provisional Data
The imports for the cork industry in 2007 originated essentially from Spain (77 per cent – value in euros) (Chart 7). 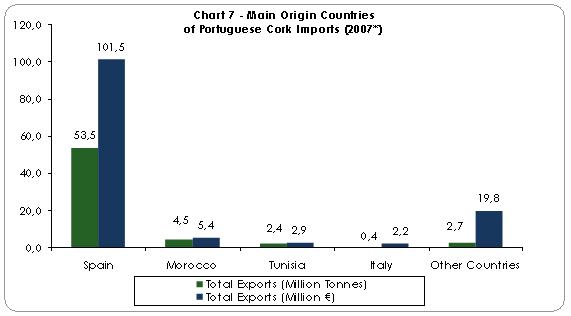 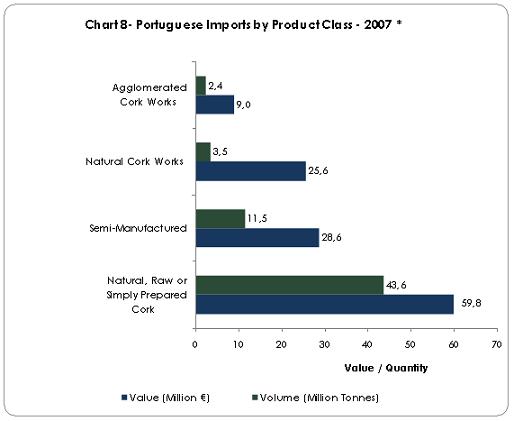