Inbiotec develops process to eliminate the contamination of cork by haloanisols

APCOR is developing another research project to identify a process aimed at preventing the contamination of cork by haloanisols (which cause cork taint) and their chemical precursors (halophenols) in cork. This work is being conducted by the Institute of Biotechnology of León (Inbiotec), in Spain, and has received investment of around 300 thousand euros.
The work, due to be finished in December 2006, has two objectives: the development of biotechnological strategies based on the use of micro-organisms or their enzymes with capacity to break down chloroanisols and the analysis of the dynamics of transfer of chloroanisols from contaminated wine to cork stoppers.
The first objective involves screening and search for natural samples, of varied origin, of micro-organisms capable of metabolising and/or breaking down chloroanisols. Once identified, the more interesting micro-organisms will be selected to characterise the proteins (enzymes) responsible for the breaking down process. The production of these proteins and their application in different phases of the production process (for example through treatment or washing of cork stoppers) may lead to the elimination of contaminant chloroanisols in cork. Alternatively, fungus strains are to be developed that have a capacity to break down chlorophenols (but without production of chloroanisols) and can be used in the initial stages of the production process, with the objective of replacing the native fungi naturally present in the cork that can produce chloroanisols.
The second objective is to determine and quantify the capacity of the cork stopper to absorb and consequently eliminate chloroanisols in a contaminated wine. Thus it will be possible to reach two conclusions: to determine whether the cork stopper has a protective effect on wines with low levels of contamination by chloroanisols, because they retain them through absorption, and to establish a more scientific and accurate method of analysis to help us to discover, in the event of a contamination problem, if the source of contamination is the cork stopper or the wine.

When organoleptic alterations related to taint smells and tastes are detected (whether in cork, or in many other products such as cocoa, coffee, cola drinks, and many other food products), the cause is normally TCA.  TCA is a chemical compound resulting from the activity of certain fungi, totally inoffensive in toxicological terms, but capable of changing the organoleptic characteristics of foodstuffs at the minutest concentrations. TCA and other haloanisols (also with a tainted odour) can have various different origins. However, until now corks have almost always been blamed. With the work carried out in the framework of the “Quercus“ project, attempts were made to study the true causes of the TCA problem associated with cork stoppers. This project was pioneering and helped demystify the problem, acting as a basis for later analyses and studies. The conclusion was reached that the cork industry would have to implement a series of measures throughout the sector, including the International Code of Cork Stopper Manufacturing Practice – an initiative of the Confédération Européenne du Liège –, in order to minimise the possible causes of contamination. Despite the work carried out, the industry continues to be accused of being the main cause of this problem. It was to face these situations that CorkAction –the Programme for the promotion of competitiveness in the Portuguese cork industry – launched this research work, demonstrating that the cork industry is aware of the dynamic nature of markets and the needs and expectations of consumers and wine producers.

Download the latest research on “Wine Contamination by Haloanisoles”, by Inbiotec

Chapter 2 – Biotechnological stragies to prevent the contamination of cork by chloroanisoles: design of protective fungal strains

Chapter 3 – Isolation of 2,4,6 TCA – degrading microorganisms and characterization of the biodegradation pathway 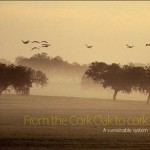 From Cork Oak to CorkPublications 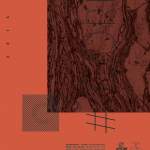