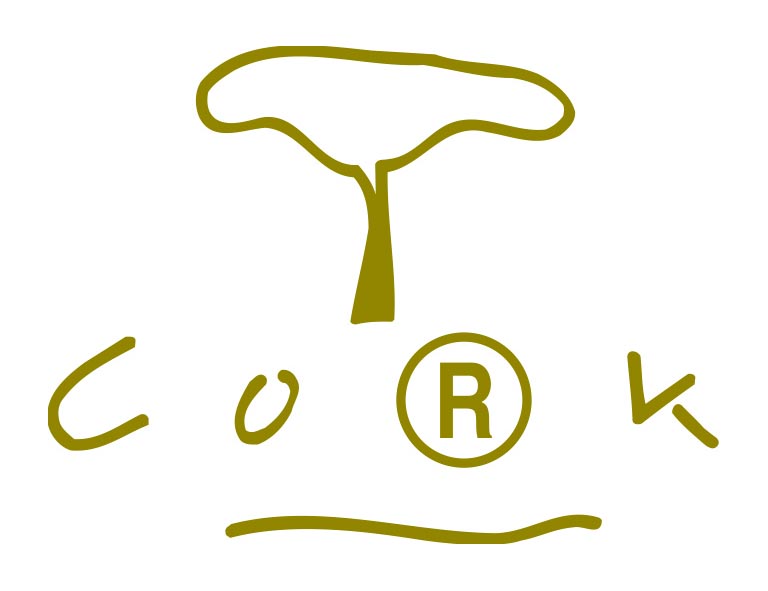 Cork Mark is the international symbol that identifies cork or cork products. Confédération Européene du Liège (C.E.Liège), in partnership with the European Forestry Commission, created this “label” of excellence of a 100% natural raw material. This symbol means prestige. This means that bottles carrying the Cork Mark were bottled with genuine cork stoppers produced in accordance with the strictest quality standards. This symbol enhances and gives prestige to fine wines and allows the consumer to make an informed choice in favour of culture, nature and the future.

In the case of bottles, different application alternatives have been developed for the Cork Mark symbol. The idea is to offer the producer the choice of application that best suits the needs. The use of the symbol is free to the winemaking industry, although written authorization must be requested from CELiège.

A petition which argued that wine labels should state whether the closure is cork or synthetic was filed with the Portuguese Parliament in 2011. Almost 12,000 producers and consumers were claiming the right to choose cork, in order to permit an informed choice by the general public and to allow for the choice of a product that is “more correct from an environmental point of view and brings socio-economic gains for the country.”

A year later, in 2012, a draft resolution was discussed in Parliament recommending to the Government a broad discussion with the European institutions in order to consecrate the introduction on the labels of wine products of the type of closure used. The advantages of cork stoppers were underlined in that debate. The draft resolution was adopted unanimously.

The Portuguese Government agrees that the use of cork stoppers must be properly identified on bottles of wine and it raised awareness in Spain to support this claim with the European Commission, which has been approached on this matter. Portugal and Spain together account for about 80% of world trade in cork and its products. Accordingly, the appeal for the promotion of the use of corks arose, associating the product to the sustainability of the cork oak forest and the green economy. The rules that will enable the indication of cork stoppers on wine bottles, which will not be mandatory, should soon be completed.