Night had now well and truly fallen. We thanked our neighbours for their trouble, and with only the noise of their pick-up truck edging its way back down the dirt track in our ears, we were alone on the terrace. Just us, and the banana trees. Stirring ourselves as the cold began to set in, we gathered up the single mattress we had been donated and our rucksack and pushed open the creaking, peeling solid wooden door of our new home.

Inside it was completely dark, and I scrambled through the pockets of the bags for a torch, but of course we had not been that practical. Eventually I found a small stub of a candle and a box of matches. Triumphantly we set the candle onto the mantelpiece of the cavernous fireplace, and feeling exceptionally lucky noticed someone had thoughtfully left some brushwood inside. Now we had a plan! Bring the mattress into this room, make a fire and get some sleep.

Ten minutes later and down to our last match we succeeded in raising a flame, and were warmed by the sight of the cheery crackling as the brushwood started to take. Another twenty minutes later, though, we were running back outside gasping for breath and with eyes streaming. The thoughtfully-left brushwood was actually green. Instead of the glowing warmth we had envisioned, what we had created was smoke. And lots of it.

This was not a cruel trick on the part of our neighbours, I was to discover later, but the sensible offering of people more experienced than we were. Our neighbour Dona Maria was to patiently explain this to us later that week, as she handed over a bag of free range eggs, the first of many food offerings this family were to donate to us in the coming weeks.

We should burn green brushwood, she had said, in fact she had left some for us. ‘You need to smoke out the house to cleanse it of all the bugs that have moved in in the last five years since people last lived here.’ Of course. Now it all became clear. We had thanked her heartily for her advice and somehow forgot to tell her of our first embarrassingly smoky night in our new home. 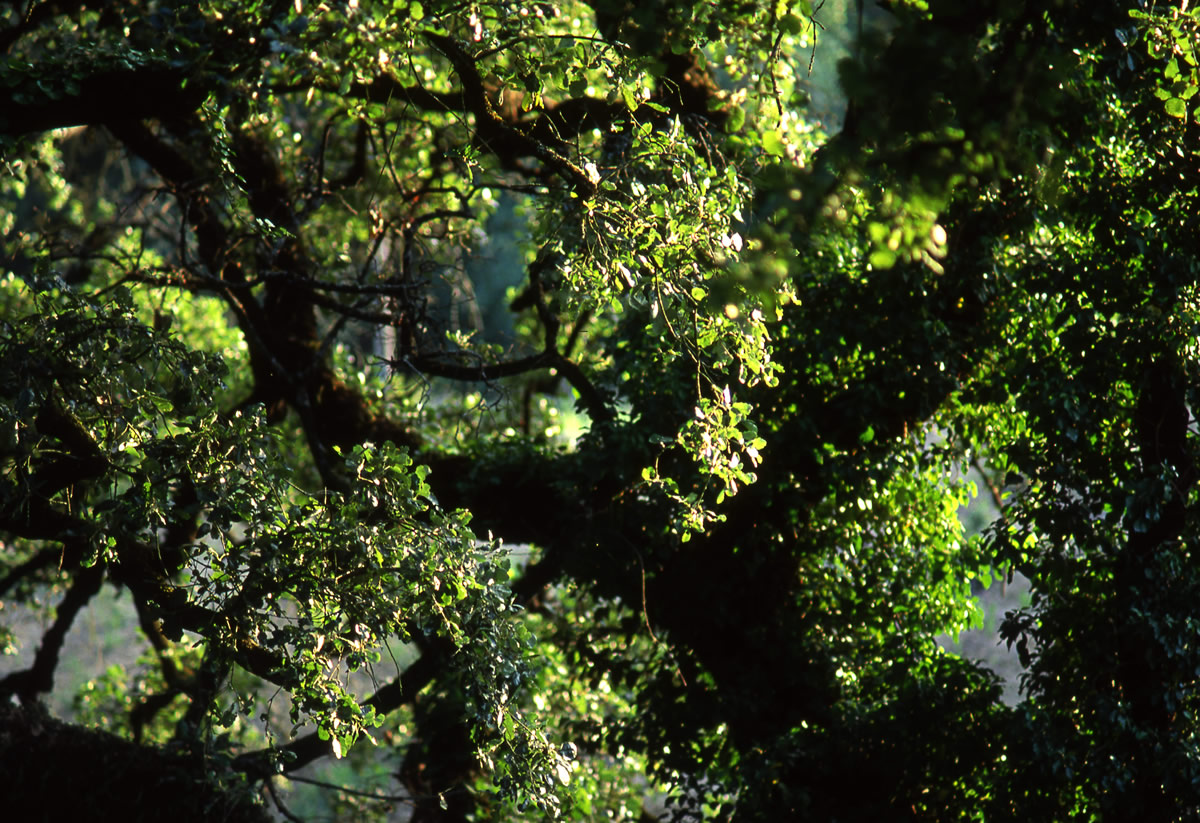 Once the smoke had cleared enough to make returning to the room bearable, we settled down once more for our first night in our new home. Pulling on every scrap of warm clothing we had with us, and fighting over anything which could pass for covers, we huddled together onto the single mattress and almost instantly fell asleep.

At four o’clock in the morning we were yanked from our bliss and into the middle of a horror movie. An eerie and almost deafening noise echoed ominously all around us. The front door we had spent half an hour wedging shut swung open suddenly, letting in a blast of night air… and who knew what else? In the full and profound darkness of a house without windows or electric light, we turned to each other in the darkness to say our last goodbyes.

Then, in a pause between the next onslaught of noise and trying to be practical, I whispered: ‘What do you think it is? It must be huge!’

The light belatedly dawned on us. It was an owl, and as it swept away into the night satisfied, presumably to tell its fellow owls a good joke, we realised it had simply perched upon the chimney sending it’s deep throated hoots echoing into the empty house. Managing to laugh at our fear, we pushed the heavy wooden door closed once more and went back to sleep.

A gentle clearing of a throat greeted me on the terrace when I stepped outside into the warm sunshine of a whole new day. It was Carlos. Our neighbour’s son had returned to bring us the phone number of another António, this time a man from the village who had a tractor which could tow our jeep out of the swamp we had abandoned it in the night before.

The small twist of paper with the number was handed over with relief and a big smile, relief that we had finally woken up so that he could get on with his days work as a herdsman. We dug out our mobile phone, stretched our freezing stiffened limbs in the sunshine and started the day.

Birdsong greeted us as we set off down the dirt track. A woodpecker, coat shimmering in the morning sun, greeted us from the top of a tree trunk. The forest was alive. Small scurrying noises in the thick leafy undergrowth marked our passing as we ducked under the boughs to which we had nearly literally lost our heads the previous night. At the bottom of our hill we felt clever at our surety on the first fork, helped not in small measure by the tyre-tracks of our neighbour’s pickup the night before. Feeling like we were on an episode of ‘Bushtracker’, we left crossed sticks as markers at the entrance of other forks on the dirt tracks so we would find our way home.

Then, finally, at the bottom of yet another cork oak covered hill we made out the glistening half sunken remains of our hired jeep, enigmatically branded with a single perfect dried mud handprint on the side window. It had been the last futile attempt by Siobhan the night before to push it out of the mud.

Our neighbour António was already waiting for us, smiling, mattock in hand and small dog by his side. As the sound of the approaching rescue team growled towards us, he hurriedly shook hands with us and asked us how we had slept.

The second António – who we were to imaginatively dub ‘tractor António’ for the next few months – nodded to us from the seat of his tractor. He had rushed out in his chariot as soon as he had received our distress call. Now without further ceremony he swung proficiently into action. A tow rope was thrown down as he manoeuvred the hulk of the tractor into the best position. As I searched under the beleaguered jeep for a place to attach the rope, our neighbour António stepped in and tied a swift knot.

As ‘tractor António’ got into position, and I stood anxiously by trying to direct operations above the noise of the tractor’s engine, I noticed our neighbour António gesturing to Siobhan to join him on the bank. For him, the show was about to begin, and it was important to get the best seats in the theatre. A few minutes later, he was smiling in bemused yet clearly satisfied fashion as Siobhan leapt up and down cheering and clapping, and the mud covered jeep was safely delivered to dry ground. 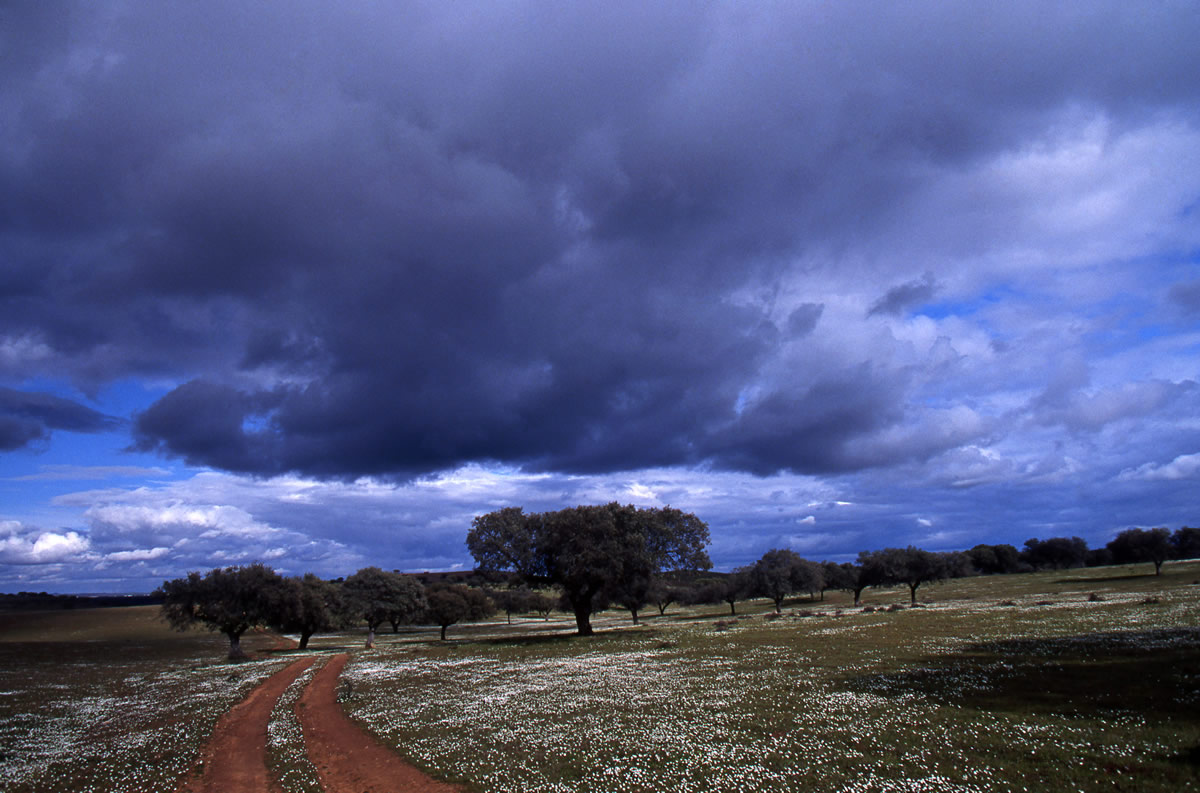 Having made an impression on our new neighbours, we bade our farewells and set off to collect our more practical belongings. The things we had brought with us that were not, well, banana trees.

We followed the oak-lined, curved tarmac road around the hills to the nearest town several miles and 220 bends away, or so we had been told by our estate agent as we had grown dizzy on our first trip on this road.

‘It’s only recently been tarmac-ed,’ he had added. ‘It was originally built by hand as a mule and oxen track’.

We parked up our mud-splattered jeep around a discreet side road and headed straight for the nearest cafe for the breakfast we had not yet had. With coffee and a selection of fine cakes in front of us, I relaxed enough to be impressed once more at the Registry Office whose facade was covered with fine hand-painted tiles. It depicted the joy of the land reform movement which had followed Portugal’s peaceful revolution in 1974. A dove of peace fluttered over the heads of rural workers as a full sun beamed down.

Only a week before we had been within its cool tiled interior to complete the paperwork that had made our dream home legally ours. The former owners had driven down from Lisbon, where so many people from this region had gone to find work.

The immaculately-dressed sons and daughters who had grown up on our land, swum in the river, grown their own food, picked their own olives had stood before us. The room was completely silent as each took their turn to step up to the wooden counter and sign away their claim to their former home. The air was filled with a heavy sense of loss as they formally gave up their heritage, and I noticed tears start to well in the eyes of Siobhan who stood beside me. She said later she had even questioned her right to be there, to buy this rich part of these people’s history.

As the last member completed their part, we stepped forward to place our own signatures. And then suddenly the atmosphere had changed, and we were rushed upon by the family of five all at once. Questions, advice and invitations were showered down on us. With bewildered relief and with their blessing, in that moment we shouldered the importance of what we had just undertaken. We promised to take care of the 30 olive trees their grandfather had planted, were given directions to find a second hidden well, and were told in what year the next cork harvest was due.

Remembering all of this now made me smile. I was not even completely sure I could find my way back without assistance. We had an incredible amount to learn from our farm and the people who still lived amongst these forests. But I was definitely looking forward to the journey.