By ApcAdmin
Posted 24 August 2015
In Uncategorized
0

The Robin, Pisco-de-peito-ruivo in Portuguese, Petirrojo in Spanish, Rougegorge familier in French, or Erithacus rubecula in Latin, is a small member of the thrush family with brownish plumage and a bright red bib that covers its face and breast. It inhabits a wide diversity of deciduous woods and forests, hedgerows and gardens throughout Europe. More abundant in the north than in the south, it often occurs associated with human resources and for this reason is a very popular bird in rural and suburban environments. The birds in Central Europe and the North are migratory, spending the winter in the Mediterranean basin.
Robins feed on the ground, on snails, insects and worms, and often closely follow farmers and gardeners as they work the ground. In the autumn and winter they also consume fruit and berries, and frequent the artificial feeders that people provide in the colder periods of the year in northern Europe. The melodious song of the Robin fills woods and the edges of forests almost all year round. They build nests in holes in tree trunks, walls and embankments.

In Portugal, the Robin is one of the most common birds during the winter. It frequents a wide variety of woodland, including cork and holm oak woods, olive groves, pinewoods and riparian thickets. In the spring and summer it is only common north of the river Tagus, being rare in the Alentejo and the Algarve. It nests in dense, shaded and humid woodland.
In Europe it is a species classified by BirdLife International as SPEC 4 (species concentrated in Europe and with a favourable conservation status). In Portugal it is not a game species and it is not endangered. There are probably between 10,000 and 100,000 nesting pairs in Portugal. 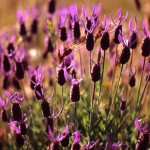